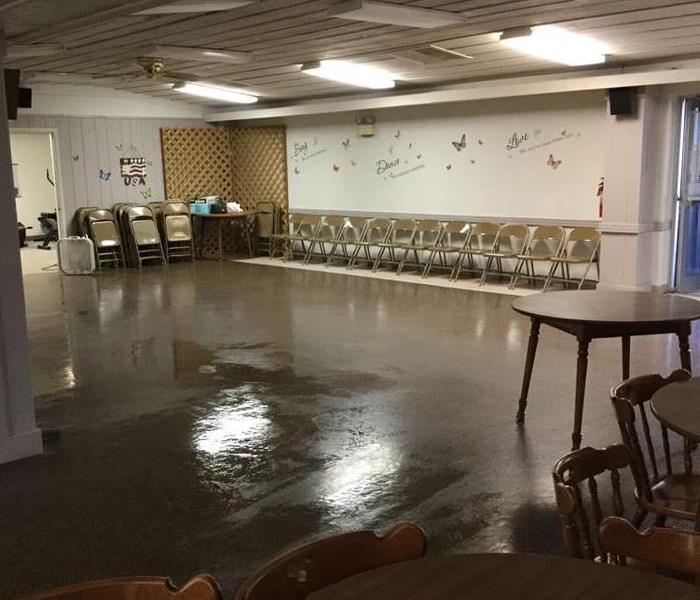 When water damage strikes in your commercial building call SERVPRO to make it "Like it never even happened."

SERVPRO of Vincennes recently received a call from a senior living community who had experienced major water damage due to their roof being trapped incorrectly.

Within the hour crews were at the building starting to extract water and demo out the affected area. It took three days to fully extract, demo and dry all of the affected areas. The directors of the facility were so pleased with the turn around time and the how hard the crews worked everyday.

However, flash forward two weeks and 3 inches of rain later and SERVPRO of Vincennes received another call for water damage due to their roof still leaking. Within the hour crews were at the building starting to extract water and demo out the affected area.

At SERVPRO of Vincennes we pride ourselves on being consistent in our work and helping business and home owners during this time.

So when the water damage strikes we are ready and you can count on us when it happens again. Working hard each time so it is like it never even happened.